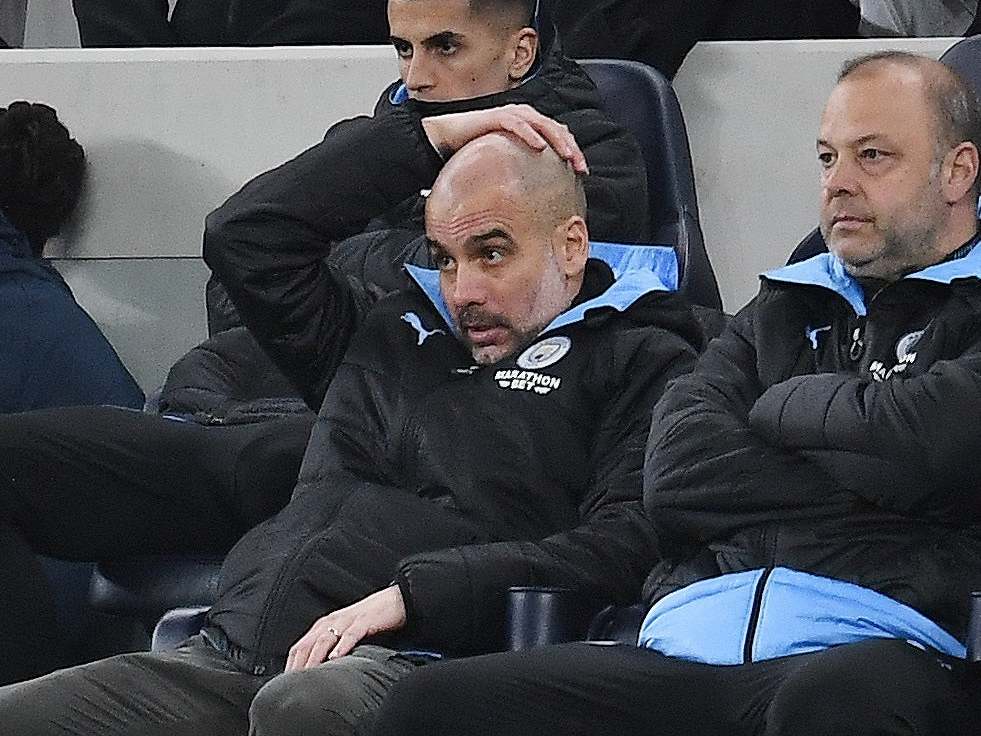 Uefa have dropped the “atomic bomb”, and potentially changed the landscape of the European game.

That was the description of “a ban from European competition” from the late Uefa investigator Jean-Luc Dehaene. That is the punishment that has now been handed out to the English champions, for two seasons, along with a €30m fine.

It is a decision with immense consequences for the club and the European game, even if City do succeed with their appeal to the Court of Arbitration for Sport and get the ban overturned.

Uefa, at the very least, have shown they’ve got the heart for a big battle. This is a sanction that is a striking as it is stunning – and is to be commended in the wider context.

That is because it also comes at a key point in European football history, and in the middle of a wider battle between major forces in the game.

Uefa are currently involved in two huge decision-making process beyond this. One is what the calendar will look like after 2024, with potentially massive changes to the Champions League. The other is how prize money from Uefa competitions will be redistributed.

In both cases, the weight of the biggest clubs has been an overbearing force, with the threat of a break-away super league always hovering over everything. It has generally ensured that a bit more is ceded to those clubs with every decision, always sending more money and leverage in their direction.

It did seem like the entire game was increasingly loaded towards them.

It is also why this City case has been seen as a “line in the sand”.

There was a will to act because of the realisation within the governing body to “fight back or die”.

They’ve ended up showing real fight, and a first push back against the super clubs – although it’s not over yet.

It should be acknowledged that the City case itself does represent a schism within the super-clubs, since many – particularly those at Real Madrid, who they meet in the last-16 next week – would be only too happy to see the English champions punished. Along with Paris Saint-Germain, the way they have spent money put a lot of noses out of joint.

With City having confirmed they will take this to CAS, there is now the prospect of a highly expensive legal battle. That is where the club’s – or, really, Abu Dhabi’s – immense wealth will truly be displayed. Uefa, however, have decided to take that head on. They realise what is at stake.

It’s also worth realising the principle.

While there are fair arguments against FFP, and how it seems to solidify existing financial ceilings, they are separate arguments as to whether its rules should be enforced. To do anything else would be to make a mockery of them.

This is why Uefa acted.

This is what brings another fight, as City have made clear they will now challenge the situation. They see the whole process as a mockery.

The outcome of this will be even more impactful, and have potential repercussions for the very existence of FFP.

That is if City win their appeal. Some who have seen the judgement, however, think the strength of City’s response is misplaced.

If the ban is upheld, it’s virtually impossible to see Pep Guardiola staying at the club. Winning the Champions League is his only remaining mission there. Many think he is already wearying of the intensity of the job, just as he did at Barcelona. Would he be willing to stay and rebuild without the prospect of that big prestigious trophy that means so much to him?

Would many of the better players in the world be willing to come without the Champions League? It remains the be-all and end-all for most. Lionel Messi certainly wouldn’t be interested in going. The Champions League is what he wants above anything.

City would similarly be substantially knocked back as a project, sampling a taste of the early days of the takeover again, and forced into trying to sign players from a lower rung. They would have to do it without the same level of investment, however, since that period – 2008-12 – was before FFP existed. Abu Dhabi just couldn’t pump the same money in.

There would be a pretty big shake-up of the big six, and the top end of the Premier League. It would be opened that bit more.

It would also put even more pressure on Guardiola to win the Champions League this season, given how crucial it could be to his legacy. The situation certainly fires the dynamic around that clash with Madrid.

That game is a classic clash of super-club, and old money against new money. Both, however, have been given a significant signal with this decision.

It marks the first fight back against the super-clubs. And they’ve done it with an atomic bomb.

The Independent Dominic Cummings’ hopes for a radical shake-up of Whitehall and the cabinet look set to be thwarted as Boris Johnson seeks to use this week’s reshuffle to shift public attention away from Brexit and onto his plans for investment to “level up” disadvantaged areas of the country. The prime minister’s determination to redirect the […]

The Independent The disappearance of a citizen journalist who reported on the coronavirus outbreak in China has sparked fears he is being silenced by the government. Chen Qiushi was reported missing by his family on Thursday – a few hours before the death of whistleblowing doctor Li Wenliang – after setting off to one of […]

The Independent Keir Starmer says he does not care whether people “badge” him as a Blairite or a Corbynista in the Labour leadership contest – describing both as “historical figures”. The race favourite was told that the public was “unclear” whether he is “a centrist or a left winger”, but insisted what matters is his […]