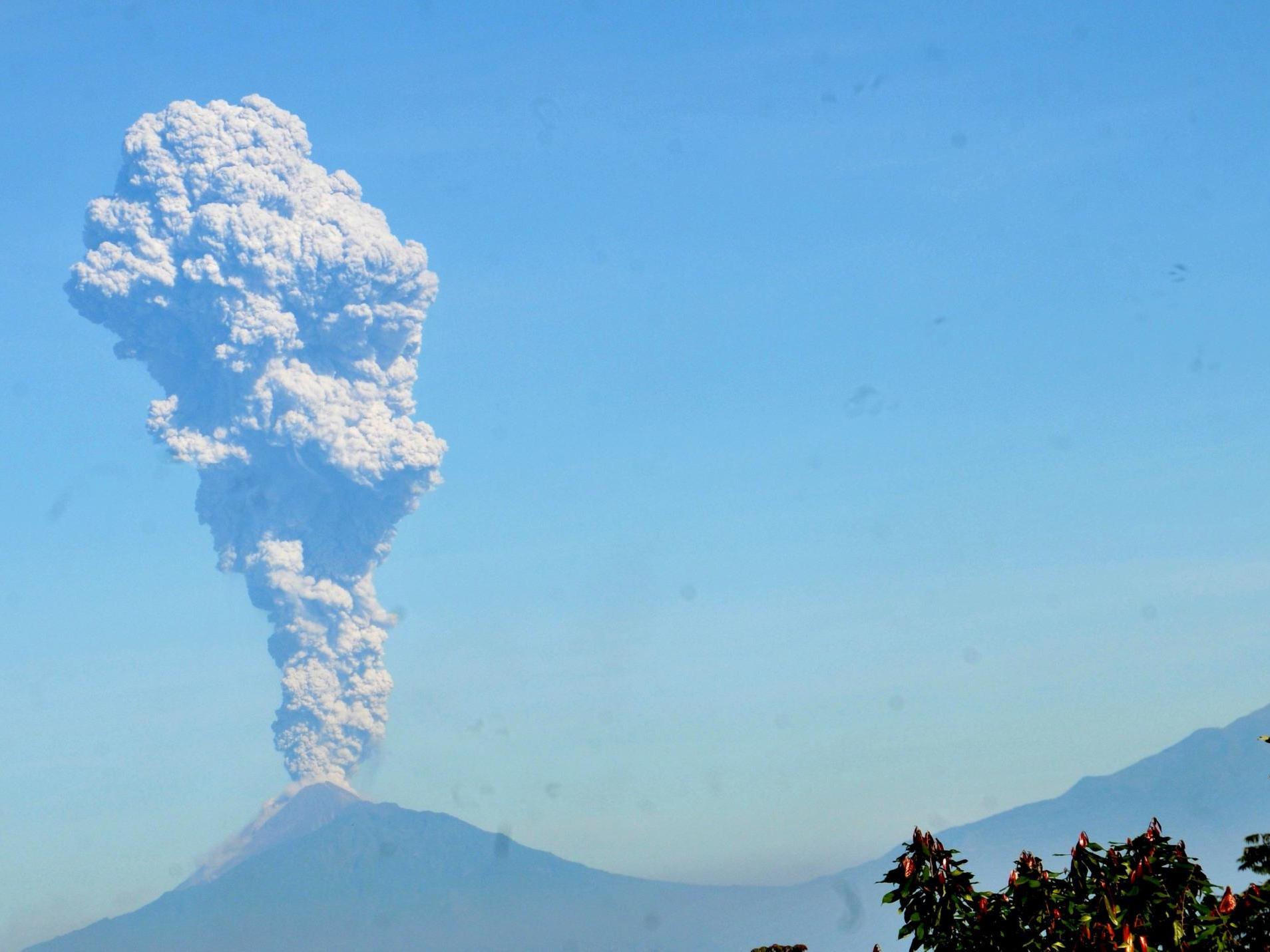 Tourists and locals have been advised to remain outside a two-mile radius of Indonesia’s Mount Merapi, one of the world’s most active volcanoes, following an eruption that sent clouds of grey ash 2,000m into the sky.

Commercial planes have also been warned to take caution in the area while authorities have raised the status of the rumbling volcano to ‘caution’, the second-highest level in Indonesia’s four-tiered alert system.

Falling ash was detected in villages more than six miles south of Merapi, according to a statement by Hanik Humaida, the head of the Geological Disaster Technology Research and Development Center (BPPTKG).

“There has been an increase in Merapi’s volcanic activity from mid-December 2019 to mid-January this year, both under and on the ground,” Mr Humaida added.

“Similar eruptions can still happen in the future as an indicator that the magma chamber is still supplying magma.”

The Volcanology and Geological Hazard Mitigation Center (PVMBG) has told residents and tourists not to go within 1.86 miles of the volcano, which is located on the border between Central Java and Yogyakarta in Indonesia.

Experts have warned that a collapse of Merapi’s lava dome could cause slides of pyroclastic rocks and other volcanic materials. Concern has also been raised over the possibility of lava floods near the volcano’s slopes during heavy downpours.

Mount Merapi’s last major eruption in 2010 killed more than 300 people and forced the evacuation of some 280,000 residents.

It is one of more than 120 live volcanoes in Indonesia and has been active since around 1548.

Merapi sits on the Pacific “Ring of Fire”, a vast zone of geological instability where the collision of tectonic plates causes frequent quakes and major volcanic activity.

The Independent Botswana will auction licences on Friday to hunt a total of 70 elephants in seven districts, the first such hunting to take place since the country’s president, Mokgweetsi Masisi, lifted a five-year ban on big game hunting last May. Africa‘s overall elephant population is declining due to poaching but Botswana, home to almost a […]

The Independent Scott McTominay has his sights set on silverware as the injured Manchester United midfielder edges closer to a return. One of few shining lights in a challenging start to the season, the ever-improving 23-year-old midfielder has been sidelined with a knee injury since Boxing Day. Ole Gunnar Solskjaer expected McTominay to be out […]

The Independent Cannabis plants worth £1.2m have been seized in a series of drugs raids across Sussex. More than 1,400 plants were found at 10 properties, sparking seven arrests and the discovery of four potential modern slaves. Sussex Police said the investigation was triggered by a report of a break-in at a property in Tennyson […]