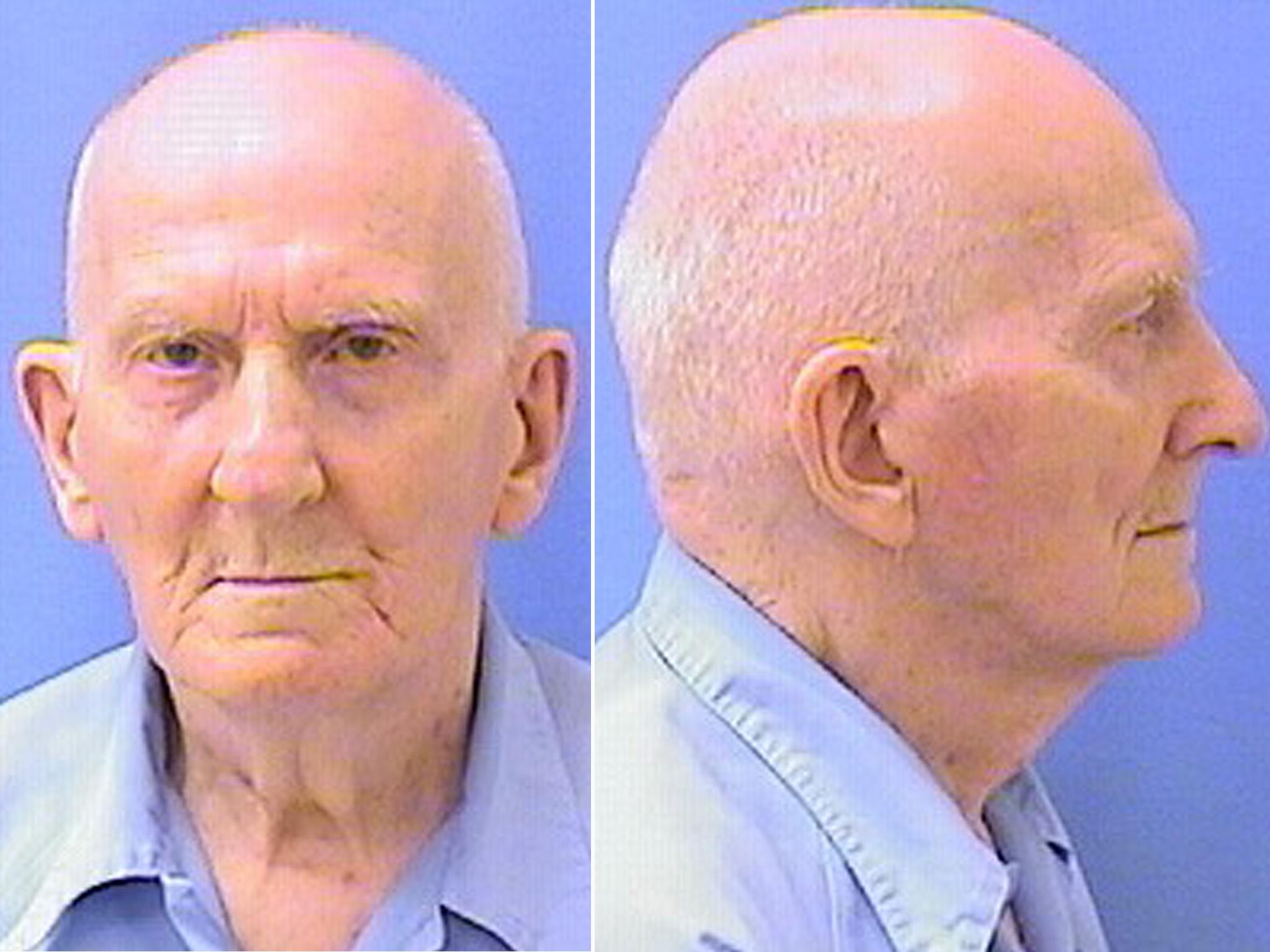 The Starved Rock Killer, who was accused of beating three women to death in the 1960s, will be released from prison next week.

Chester Weger, 80, became known as the Starved Rock Killer after the bodies of the women were found in Starved Rock’s St Louis Canyon in Illinois. He will be released on 21 February after serving a nearly 60 year life sentence.

Mr Weger was convicted of beating Lilliam Oetting, 50, to death and sentenced to life in prison. The bodies of Frances Murphy, 47 and Mildred Lindquist, 50 were found with Ms Oetting in a cave at Starved Rock State Park. At the time, the media called their final resting place the “canyon of death.”

Mr Weger was not charged with the murders of the other women because he had already been given a life sentence for Ms Oetting’s murder.

At the time, Mr Weger confessed to the murders, but recanted later and said the confession was coerced by the sheriff at the time.

In an interview with CBS 2, Mr Weger said the sheriff said “You’re going to ride the thunderbolt, Chester!” meaning that Mr Weger would be sentenced to die via the electric chair.

“Why should I feel remorse then if I never killed them? I mean I feel sorry for the people being dead, but I’m not going to admit that I done something I never done,” Mr Weger said.

Mr Weger was 21 at the time and was a dishwasher at the Starved Rock Lodge. Police traced the murders to him by matching the cord used to bind the women to a spool from the lodge’s kitchen.

The granddaughters of Mr Weger’s victim have spoken out against his release, according to the Chicago Tribune.

The Illinois Prisoner Review Board voted 9 – 4 in support of Mr Weger’s request for release. Mr Weger has been requesting parole since 1972.

The Independent The first part of The Pale Horse set things up with all the deftness we have come to expect from Sarah Phelps’s Agatha Christie adaptations. It painted a stylish but sinister version of early Sixties England, a world of lascivious socialites and eerie village fairs and women who may or may not be […]

The Independent In one of the biggest moments at this year’s Oscars ceremony, Bong Joon-ho beat Sam Mendes to win Best Director for Parasite. Mendes was favourite to win in the category for his First World War drama 1917, but it was Bong who reigned supreme. Spike Lee announced the news, which caused the audience to […]

The Independent A new spacecraft that will give us an unprecedented view of the Sun has blasted off into space. Europe and Nasa‘s Solar Orbiter was rocketed up to begin its journey to our star on Sunday night, with the aim of getting pictures of the kind never seen before. “We’re on the way to […]