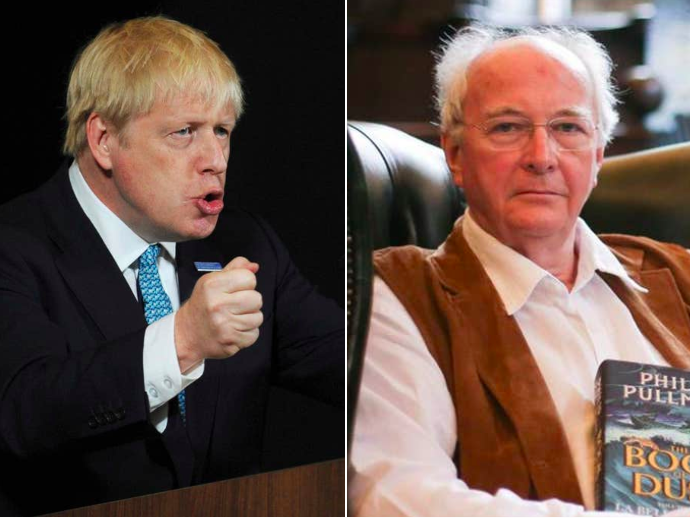 His Dark Materials writer Philip Pullman has called Boris Johnson a “greedy brute” following the prime minister’s claim that a Tory donor paid for his £15,000 holiday in the Caribbean.

Johnson claimed the luxury trip to Mustique was paid for by David Ross, a Conservative donor who co-founded the Carphone Warehouse chain, in an entry into the Commons register of members’ interests.

But the businessman denied funding the trip, prompting calls from Labour for Johnson to “fess up” or face a parliamentary inquiry.

Reacting to the news, Pullman tweeted: “Why can’t the greedy brute pay for his own holiday?”

He then replied “absolutely” to a tweet saying: “NOBODY likes Johnson that much. The donor HAS to be expecting something in return.”

Pullman, who is best known for writing the His Dark Materials novels, which was adapted into a popular BBC show, has expressed his disapproval of the prime minister before.

In November last year, he compared Johnson to a parasitic worm.

The Independent Kelly Marie Tran has spoken out about her limited screentime in Star Wars: The Rise of Skywalker, following fan claims that her character, Rose Tico, was written out to appease internet trolls. Asked by MTV’s Josh Horowitz whether she was happy with her scenes in the film, Tran said that she was merely […]

The Independent The tragic death of Love Island presenter Caroline Flack at age 40 forces us confront, and not for the first time, the cruelty and relentlessness of the tabloid media – especially when it has a woman in its crosshairs. Flack was considered easy pickings for the red tops after she was arrested for […]