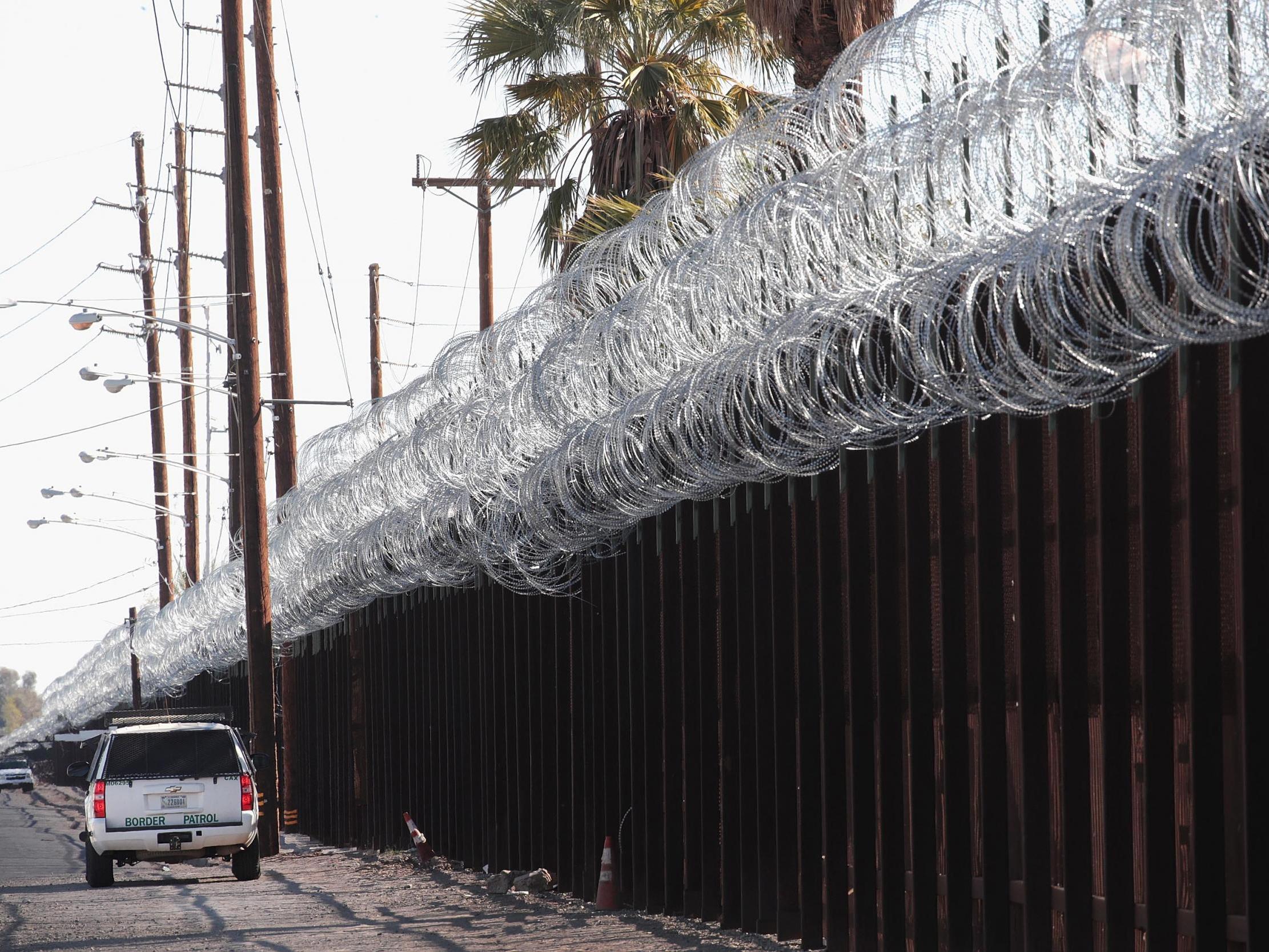 A supporter of Donald Trump is frustrated that the president’s border wall is going to “ruin his lifestyle.”

Richard Drawe has lived and worked on a farm south of Welasco, Texas for his entire life. Now, he’s worried his tranquil country living will be disrupted by Mr Trump’s border wall.

“I’m 70 years old and it’s gonna ruin my lifestyle here of living in the country,” he said. “To have that wall there is just going to really disturb me.”

Mr Drawe told NPR that he reluctantly sold a piece of his land to the federal government so that it could erect a wall across his property. He said while he is supportive of immigration crackdowns, that support does not include the erection of a wall on his property.

“I told them that this stupid wall is going to have lights on it. It’s going to be like being behind a prison wall, lights and everything,” Mr Drawe said. “And I said, ‘You put them lights up on me and my house, I’m going to shoot them out.’ Of course, I had time to calm down.”

Mr Drawe is concerned that the land between the border wall and the Rio Grande will no longer be patrolled. He said that similar land left isolated during President George W Bush’s administration was “ceded to Mexico”.

“Like I told the Border Patrol, I said ‘Look, you know good and well that once you build this wall all the agents will be doing is patrolling up and down the wall,” he said. “They’re never going to go on down to the river anymore.’ And he yelled back at me, ‘Oh, the Rio Grande is the first line of defence.’ Baloney. You just wait a few years.”

Customs and Border Patrol responded to the concerns of Mr Drawe and other border residents, assuring them they would continue to patrol the area.

“The Border Patrol will continue to operate on both sides of the barrier, to include the riverine environment,” a spokesman said.

While Mr Trump’s border wall has drawn criticism from the left since its inception, it has recently come under fire from the right for eating up funds intended for defence and sidestepping Congressional approval.

The Pentagon announced on Thursday that US Defence Secretary Mark Esper was diverting $3.8 billion in defence funds towards Mr Trump’s border wall. The money originally was to be used for the F-35 fighter jet and other military programmes.

The Associated Press reported that Representative Mac Thornberry said final decisions on how tax dollars are used is determined by Congress and the Department of Defence can’t simply change how the money is used.

“Once those choices have been made, the Department of Defence cannot change them in pursuit of their own priorities without the approval of Congress,” Mr Thornberry said.

“Attempts to do so undermines the principle of civilian control of the military and is in violation of the separation of powers within the constitution. The re-programming announced today is contrary to the Congress’ constitutional authority and I believe that it requires Congress to take action.”

The Independent Billie Eilish has revealed that her theme to the forthcoming James Bond movie No Time to Die was written in just three days. The “Bad Guy” singer has written the track with her brother and frequent collaborator Finneas O’Connell.  Speaking to Zane Lowe for an interview with Apple Music, Eilish said “it was honestly like a […]

The Independent A mother and her sex offender lover have been jailed for more than 20 years each for the murder of her ex-husband during a “medieval duel” in an east London tunnel. Asta Juskauskiene, 35, arranged for her new 25-year-old partner, Mantas Kvedaras, to fight the father of her daughter Giedruis Juskauskas for the right […]

The Independent The government appears not to be learning or heeding the lessons from the Windrush scandal.  Why indeed can’t the latest deportation flight be delayed until the publication of the report ‘Windrush lessons learned?. Depriving children of their fathers and families, smacks of dereliction of moral duty.  There may be a case for some […]