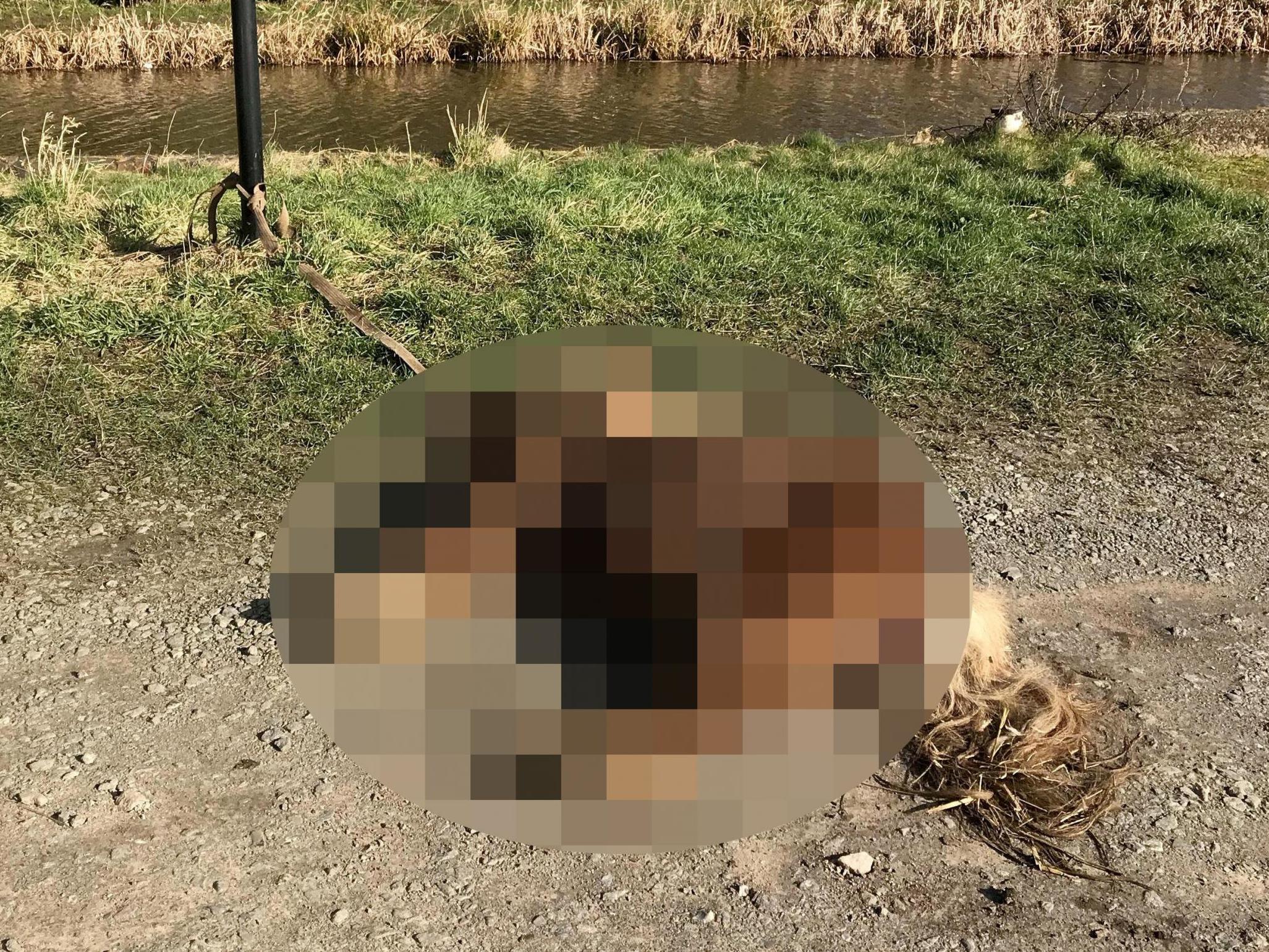 The RSPCA began an investigation after workers found a dead pony tied to a lamppost that they said had been “dumped like fly-tipped rubbish”.

The animal charity was contacted by a passer-by after the chestnut mare was found abandoned at Gopsall Wharf car park in the village of Snarestone, Leicestershire.

It is believed its owner transported the emaciated horse in a truck before tying a rope from its legs to the lamppost and driving away from the scene on Green Lane.

The charity has asked anyone who may have information to get in touch following the discovery on Wednesday.

Alison North, of the RSPCA, said: “The small chestnut horse looked to be in poor body condition with her ribs, hips and spine protruding, and she had overgrown hooves.

“The pony was not microchipped and locals say they haven’t seen her in the area before.”

She added: “It’s unclear what caused her death, but we suspect her body was driven to the location on a trailer or truck by those responsible who then tied rope from her legs to the lamppost, before driving away, dragging her body out of the vehicle onto the floor.

“It’s incredibly sad to think someone not only let her get into a poor state of health, but then dumped her body for somebody else to deal with in such a public place, it’s hugely irresponsible.

“I’m keen to find out more about this poor pony – how her body came to be dumped here, and who owns her and allowed her to get into such a poor state of health.

“Anyone with information can contact me in complete confidence on our inspector appeal line by calling 0300 123 8018.”

The charity said it was not uncommon for its workers to be called to look after gravely ill, abandoned horses, and dumped dead horses.

An RSPCA spokesperson added: “The country has been in the grip of an ongoing horses crisis for several years, thought to be caused by the recession, over-breeding, the high costs of vet bills, the rising cost of hay and falling prices for horses.

“Last year, the RSPCA took in more than 820 horses in addition to those already in its care and received more than 20,000 calls to the emergency line about horses alone.”

The Independent Sergio Aguero Sergio Aguero’s owners were left disappointed last weekend with the number of chances he spurned in defeat to Tottenham, but expect Manchester City to put things right this weekend. Struggling West Ham visit the Etihad on Sunday with one of the top flight’s most out-of-form defences and, provided Aguero starts, he […]

The Independent Harvey Weinstein‘s back surgeon will not be allowed to testify in support of the disgraced Hollywood mogul who has been ridiculed in the press and on Saturday Night Live for relying on a walker to enter the courthouse. The judge presiding over Weinstein’s criminal trial denied defence attorney Damon Cheronis’ efforts to bring the doctor to […]

PS5 price: New PlayStation could be expensive despite Sony attempt to keep cost down, report claims

The Independent The new PlayStation could be substantially more expensive than the old one, a new report has suggested. Sony is said to be trying to keep the cost of new console down, to compete both with its existing PlayStations and the Xbox Series X, which will be released around the same time. But it […]