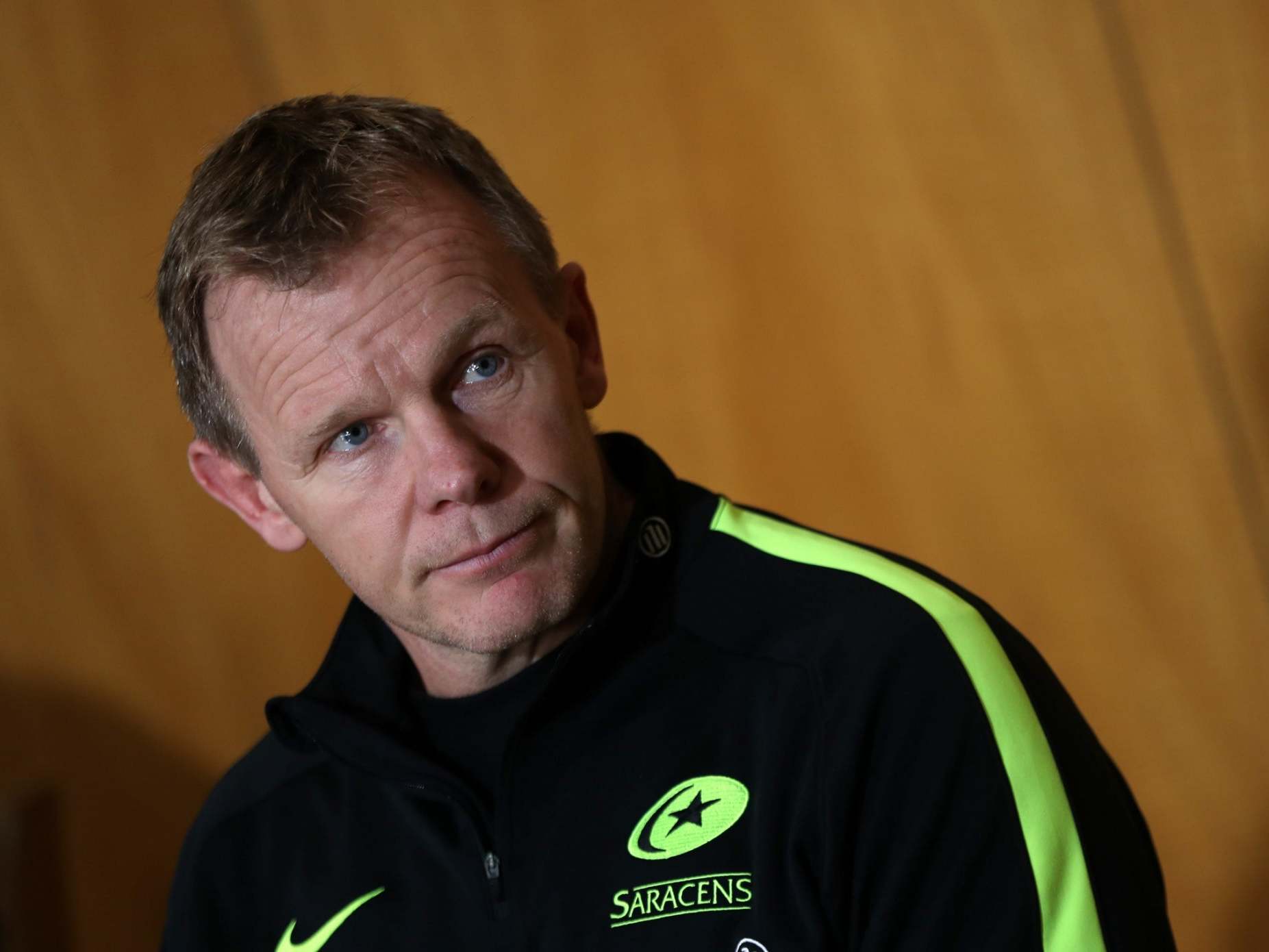 Saracens head coach Mark McCall is thankful an independent disciplinary committee have not ended the club’s efforts to defend their Heineken Champions Cup title this season.

Last Friday, the Gallagher Premiership side were fined €50,000 (£42,500) – half of which is suspended – for fielding an ineligible player in their January win over Racing 92, but crucially not deducted any points which would have resulted in them exiting the competition.

Prop Titi Lamositele played in the victory, which clinched a quarter-final spot, despite the American international’s work permit expiring on the day before the match.

Committee chairman Roger Morris explained in a statement last week “this was an unfortunate sequence of events brought about by an administrative oversight” and Sarries will hope to put this latest controversial chapter behind them.

McCall said: “Titi has been at the club since he was 18 and has played however many games for Saracens so there was a difference between this case and other ineligible player cases in Europe.

“And thankfully I think the committee agreed with that and thought the fine was what was appropriate.

“What was good about qualifying this year in Europe is we’ve used a lot more players than we have done in the past because we were targeting the Premiership until the relegation was confirmed.

“I think we’ve used 42 or 43 players in Europe and that quarter-final was hard-earned and earned by the whole squad, in particular in the last two matches when we went down to 14 men in both and managed to win both, which was a great achievement.

“It (the quarter-final) is something in seven or eight weeks’ time to look forward to.”

Saracens found out they would still face Leinster in April for a spot in the last four while playing Sale in the Premiership Rugby Cup semi-finals last Friday when the verdict of the independent disciplinary committee’s meeting in London was revealed.

Many wondered if the Champions Cup holders would be thrown out of the tournament, given back in the 2012-13 Challenge Cup Grenoble were deducted four points for fielding an ineligible player against London Welsh.

On that occasion Lotu Taukeiaho played for the French outfit even though he was not registered as a tournament squad member.

“Everyone knows Titi has been part of the club for a long time and played in five pool matches as well,” McCall added.

With Saracens still in the Champions Cup, the focus at Allianz Park has turned to defending their crown with relegation from the Premiership confirmed at the end of the season for repeated salary cap breaches.

Head coach McCall admitted “a little bit” of planning has started over how best to use the squad during the six league games between now and the 4 April clash at last season’s beaten finalists Leinster.

“We have a week off in between after these first four Premiership matches so with some players, they won’t play all six of those games,” he said.

“They will play a good percentage of them, but not all six. We will try to rotate the squad and drill this period down to keep everybody busy.”

After losing at Sale last weekend in the Premiership Rugby Cup, Sarries will welcome Steve Diamond’s team to Allianz Park in the league on Saturday.

McCall revealed the younger members who impressed in the defeat could feature in the second meeting in quick succession between the sides.

He added: “We’ve got 10 playing international rugby and a few people injured as well, so we’ll have a different team.

“But some of the lads that played on Friday night will get the chance to play again and against a team who are really on top of their game at the moment and one of the form teams in the Premiership.”

The Independent Barack and Michelle Obama have tweeted their congratulations to the crew of Oscar-winning documentary American Factory – which was created by the couple’s production company. The film is about the opening of a Dayton, Ohio manufacturing plant by a Chinese billionaire, and the culture clash that ensues. It is the first project produced […]

The Independent Matej Vydra’s first goal in 17 months made it three wins in four for Burnley in the Premier League after a 2-1 victory at Southampton. After Ashley Westwood and Danny Ings had traded first-half goals, Clarets boss Sean Dyche saw substitute Vydra pop up with an excellent winner on the hour mark at a […]

The Independent A mural potentially painted by mysterious street artist Banksy has been discovered in Bristol. The new Valentine’s Day-inspired artwork appeared on the side of a building in Barton Hill on Marsh Lane overnight, with residents discovering it around 6.20am on Thursday (13 February). Numerous locals tweeted a photo of the possible Banksy, with one […]